Home › Getting Around › Fiji Airlines

Want to know about Fiji Airlines? Find out more about the airlines of Fiji ranging from charter services to it's flag carrier.

The Airlines in Fiji contents: 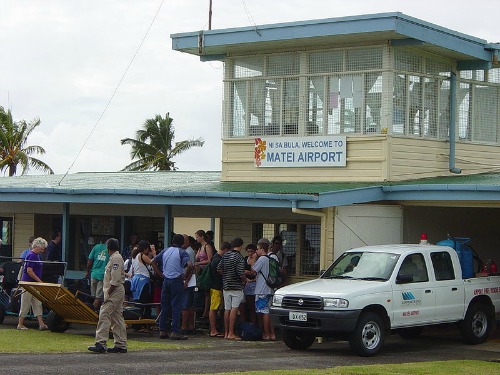 Fiji Airways is the international carrier of Fiji. Pacific Sun (owned by Fiji Airways) and Northern Air are it's domestic carriers.

There are a host domestic airports in Fiji giving access throughout the islands. Find out more with this List of Airports in Fiji.

The now defunct Air Fiji was another Fiji airlines player and was based in Nausori, Fiji. It operated inter-island services to destinations within the Fiji Islands. However, it ceased operations May 1st, 2009.

Fiji Airways is the flag carrier of Fiji. It reverted back to it's name in 2012 from Air Pacific. Pacific Sun is it's domestic carrier.

Fiji Airways has international services around the Pacific, Australia, New Zealand, North America and Hong Kong. It is based at Nadi International Airport in Nadi.

It operates scheduled services to twelve destinations within the Fiji Islands, as well as regionally around the Pacific islands.

They are a wholly owned subsidiary of Fiji's International carrier Fiji Airways. It's also based out of Nadi.

A Pacific Sun plane landing on Malololailai, Fiji in 1986 (then known as Sunflower Airlines)

For both Fiji Airways and Pacific Sun information, visit it's website at http://www.fijiairways.com/

Northern Air operates out of Nausori Airport near Suva. It operates in Eastern Fiji and has scheduled flights to the following places:

Charter services are commonly used for maximising your 'Fiji island time' for getting to your Fiji resort.

The following are charter services operating in Fiji:

Island Hoppers offers scenic joy rides and island resort transfers to most of the islands. They depart from Nadi and Denarau.

Turtle Airways has seaplanes that can drop you off right at your resort's front door. That includes resorts in the Mamanucas, Yasawas, Viti Levu as well as some other islands. They leave from New Town or Denarau Island, near Nadi.

Northern Air also has charter flights to go along with it's domestic operations.

Return from Fiji Airlines page to Transport in Fiji page