Home › All About Fiji › History of Fiji

Want to find out about the history of Fiji? Read up here on this set of islands in the South Pacific and it's colourful past, which continues to the present. Here contains pre-1874 Fiji history, with part 2 on the next page containing post-1874 to the present.

The contents are broken down into the following parts:

Fiji's position in the South Pacific lends itself to being in the path of early sea explorers. Most experts believe that the first people came from South East Asia and settled around 1,500 B.C.. Then around 500 B.C. Melanesians starting arriving. 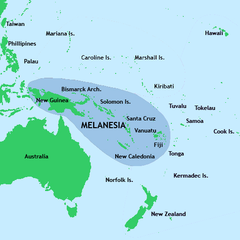 Some evidence today is:

Oral tradition states that, indigenous Fijians of today are descendants of chief Lutunasobasoba who arrived and landed at Vuda. The government has made this official and many tribes today claim to be descendents from the children of Lutunasobasoba. Another piece of oral tradition states that another settlement existed in the Fijian isles whose descendents came from Africa.

Around 950 B.C. the 'Tu'i Tonga Empire' or 'Tongan Empire' had started to expand from it's base in Mu'a Tonga. And Fiji is right next door. Incursions persisted over time. The evidence can be seen in Western Fiji today, through it's languages, cultures, music, and traditions.

In 1822, Levuka becomes the first European settlement and the first modern town in Fiji. In the '30's missionaries start arriving introduced by Tonga. Prince Ma'afu of Tonga came in 1847 and settled in Lakeba.

In 1853, a warlord and the one of the leading chiefs at the time, Ratu Cakobau, establishes himself as Tui Viti (King of Fiji). A year later he converts to Christianity.

Cakobau is recognised as the king by the European settlers. Cakobau has accrued debts from the destruction of settler's homes in Fiji and must pay, otherwise the American navy will shell Levuka. They take some islands as mortgage. 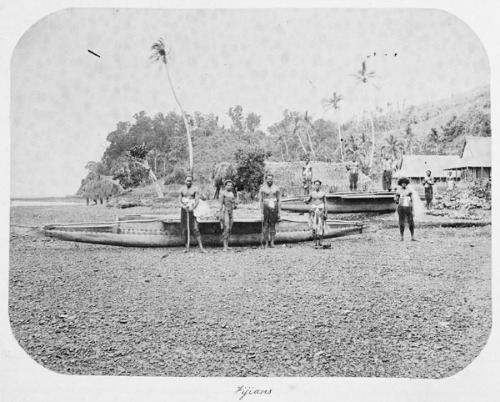 To rid himself of debt, Cakobau gives significant land over to the Australian based Polynesia Company who then in turn will settle the debt with the Americans. Part of the land is near the present day Suva.

In 1871 the Kindom of Fiji as a constitutional monarchy is established with Cakobau as the kind with the real power held by the Australian settlers.

The new kingdom lives lavishly and accrues debt again. This time on 10 October, 1874, to rid the newly acquired debt, Cakobau cedes the islands to the British Empire and thus becomes a British colony.

* the history of Fiji continues on our Fiji History page...