Home › All About Fiji › Fiji Flags

What is the flag of Fiji? Find out about Fiji's national flag and the history of it. We also delve into the other Fiji flags that are in use. 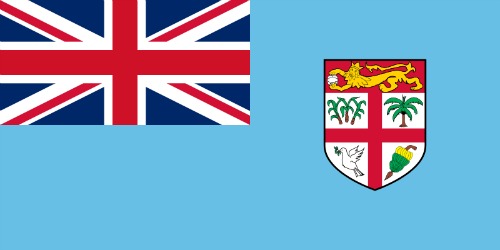 This is the current flag of Fiji which was adopted on 10 October, 1970 when it gained it's independence from the United Kingdom. It remained unchanged when it became a republic on 7 October 1987.

The three portions of the Fiji flag are as follows: 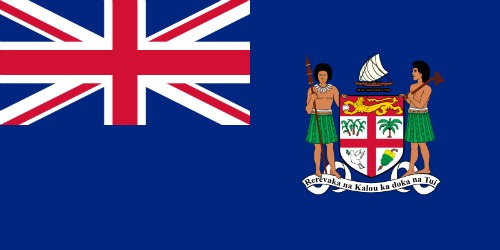 It's similar to the current flag with the main differences being: the dark blue background and the use of the whole coat-of-arms. The Great Council of Chiefs called for the whole coat-of-arms to be placed on the current flag.
This includes: the two warriors who guard the shield, the miniature canoe, and the national motto "Rerevaka na
kalou ka doka na tui" ("Fear God and honour the Queen"). 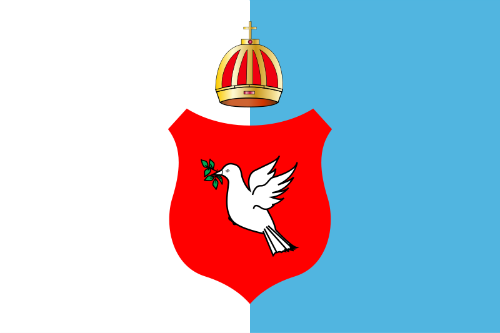 This is the flag used during the Kingdom of Viti from 1871-1874 before ceding to the British Empire in 1874. It features blue and white vertical stripes, with a red shield depicting a white dove in the centre.

Change in the Air?

In 2013, Prime Minister Commodore Frank Bainimarama in his New Year's Day address stated that the flag would soon be changed.  He stated that the reason for the change was "to reflect a sense of national renewal, to reinforce a new Fijian identity and a new confidence in being Fijian on the global stage". Fiji had removed the Queen from it's currency a few weeks earlier.

* This page continues with other flags of Fiji on our Fiji Flag List seciton...