Home › All About Fiji › Fiji Animals

Want to know about Fiji animals? Find out here above and below the water. Read up on what are native and which you'll likely to encounter on your trip.

The Animals in Fiji Contents:

Given Fiji is an isolated group of islands, you would think that there would an abundant of native wildlife. That's not really the case. 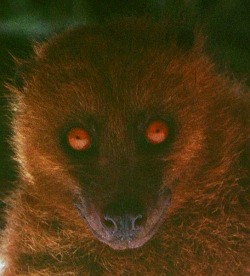 The introduction of animals to Fiji had a disastrous effect on some of the native animals. Two big-footed, mound eating birds and the giant flightless pigeon instantly became extinct. It's also believed native snakes, frogs, and birds also became extinct for the same reason.

Today you will see introduced animals such as goats, the mongoose, pigs, rates, and mice.

[Monkey-faced bat, found only on Taveuni and is critically endangered] 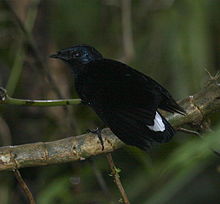 There are 57 species of birds in Fiji, and as stated 26 are endemic. The introduction of bird species has forced some native birds into forests. Some species can only be found on one or two islands including the orange dove of Taveuni and the cardinal honeyeater of Rotuma.

[Silktail - only found on Taveuni and Natewa Peninsula, Vanua Levu]

Fiji's rarest bird kacau is featured on the back of the FJ$50 note, and can only be found on the island of Gau in the Lomaiviti group. Around 23 types of tropical sea birds can also be seen in Fiji.

If you want a thorough, and I do mean thorough, explanations of birds in Fiji, visit the List of Birds in Fiji in Wikipedia.

If you're a birdwatcher, then you are in for a treat. Great locations to do a spot of birdwatching are: 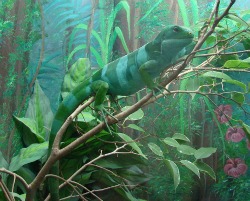 Your knowledge of Fiji animals continues with marine animals on our Underwater Animals in Fiji page...