Want to know about Fiji's world war involvements? In the great war and the second world war Fiji had very minor roles. Read up here.

The Fiji at war contents are:

Read up on the whole history of Fiji from Pre-1820 to the present to see where Fiji's war involvements fits into their overall history. 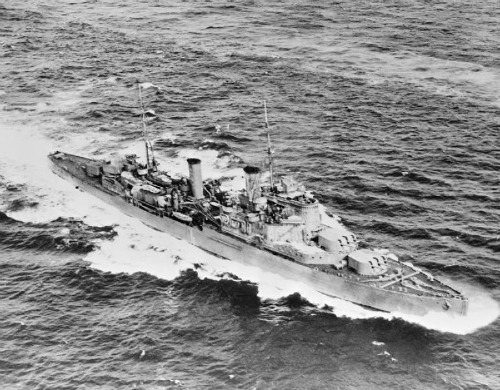 The HMS Fiji, a ship in the Royal Navy named after the colony

In August 1914, the Great War began with Britain declaring war of Germany. Britain with it's vast empire, sent a call to arms to all corners of her empire. The small colony of Fiji was eager to help but in keeping with the non-exploitation of Fijians, the colonial authorities prohibited Fijians to enlist. Despite this, 700 of Fiji's European residents and 100 Fijians served in Europe.

After the Japanese attack on Pearl Harbour in 1941, the U.S. entered the war and needed a training and resupply base in the South Pacific, for the Japanese were sweeping down the Pacific. Due to Fiji's central and logistical location, it was chosen and the Allies set up shop building an airstrip which is the Nadi International Airport of today. Today there are gun placements along the coast which still can be seen. 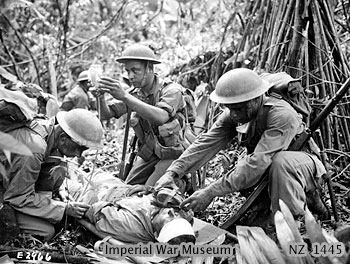 The Fiji Military Force (FMF) consisting of about 8,000 Fijians fought as scouts and infantrymen against the Japanese in the Solomon Islands campaign. Their knowledge of tropical jungles and their skill for ambushing made them feared by the Japanese. Fijians were also particularly known for their bravery.

Indo-Fijians however refuse to enlist on the grounds that they were refused equal pay compared with the European soldiers serving with them. The sole Indo-Fijian military unit that existed since 1934 was disbanded for this reason in 1941. A handful of Indo-Fijians did enlist in the New Zealand army.

This was to fuel post-war inter-ethnic tensions in Fiji as indigenous Fijians felt that, not only didn't they help with defending the country but they were simualtaneously striking for better pay conditions in the sugar industry.