Home › All About Fiji › Sport in Fiji

When you think of sport Fiji, it's rugby. How about other sports? Find out here everything from their religion of rugby to other popular sports.

The Sport Fiji contents are:

One afternoon I was in the beautiful Denarau golf clubhouse watching the 7's rugby. Then all of the sudden, the staff stopped working and crowded around one of the TV sets... it was 7's rugby and the Fiji game was about to commence. This beloved sport is thoroughly covered in our Fiji Rugby section. 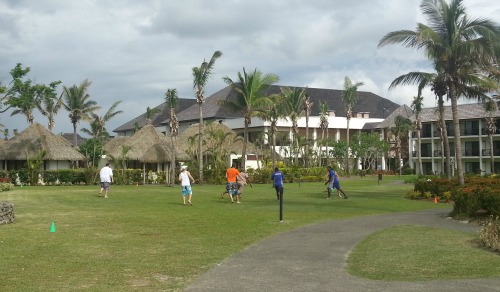 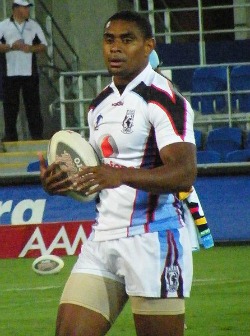 Rugby league is a popular sport in Fiji and is similar, and not to be confused with, the game rugby union. The domestic Fiji rugby league competition (FNRL) consists of
twelve teams divided into 2 conferences.

Fiji has always produced stars in rugby and they usually go on to have careers in Australia or Europe. Their national team known as 'The Bati' played exceptionally
well in the 2008 Rugby League World Cup Competition by making it to the semi-finals.

There are various sports with it's own culture and following. Below are some of the more notable sports in Fiji.

Soccer is a popular sport especially with Indo-Fijians.

Netball is to Fijian women as rugby is to Fijian men. The national women's team is top 10 in the world and has won the South Pacific and Pacific titles every year since 1991. As of July 2011, they are ranked 7th in the world. 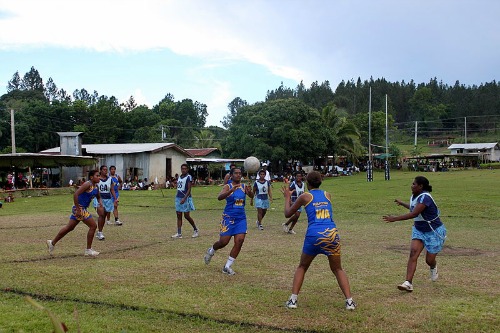 Golf was made famous in Fiji by Indo-Fijian professional golfer Vijay Singh. 'The Big Fijian' was ranked number 1 in the world for 32 weeks in 2004 and 2005.

Fiji has a range of golf courses, including world class courses which I don't play on. More information is found on our golf holidays section.

Another popular sport, and a Pacific product, is outrigger paddling or Va'a. Va'a means 'boat','canoe', or 'ship'. It is a unique part of the Pacific culture and is a competitive sport in the South Pacific Games.

Outrigger Fiji is the national federation that oversees the sport in Fiji.

A list of notable Fijian sports stars can be found here on Wikipedia - List of Fijian Sportspeople.