What is a Fiji Indian? How did they end up half way across the world on a small island nation? Explore here about this unique group of people.

A Fijian Indian is a Fijian whose ancestors came from the sub-continent, predominantly India.

The Sri Siva Subramaniya temple in Nadi, the largest Hindu temple in the southern hemisphere.

There has been a debate of to which name to use, with various prominent people in Fiji using different names. The popular ones are Fiji Indian, Indo-Fijian, and Indian Fijian. From here on in this article, Indo-Fijian will be used.

The contracts of indentured workers (girmityas), or agreements (girmit), was for 5 years. The Colonial British Indian Government Regulations of 1837 states that after 5 years, the labourer would have the option of renewing the contract, and at the end of his service to be returned to the port of departure. It seemed in Fiji, they were given the choice of returning back under their own expense, which wasn't really possible for most given the low pay, or staying in Fiji.

The first vessel of labourers arrived at Levuka from Calcutta on 18th May, 1879 with 463 workers. This was the first of over 60,965 to arrive until the the indenture system stopped in 1916.

After their contracts expired, and many not having the option to return or decided to stay, many leased small areas of land from the indigenous Fijians and developed their own crops. Some, started up businesses in newly developing towns.

From the early 1900's, Indians as free migrants starting arriving in Fiji. Among those that arrived were religious teachers, missionaries, clerks, policemen, artisans, and gardeners.

Emergence of the Fijian Indian Identity 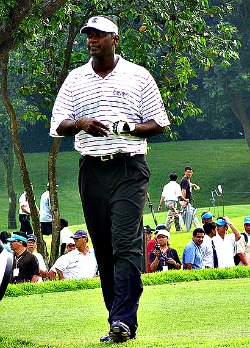 Indo-Fijians live mostly in the Sugar Belt and in the cities and towns along the northern and western coasts of the two big islands
Viti Levu and Vanua Levu.

Living conditions of the indentured labourers was often poor, degrading, and brutal. However, there were positives to have come out of it. Indians originated from different regions and villages with different backgrounds and castes. Working and living side by side on a daily basis, this brought an end to the caste system. Also, a shortage
of females meant marrying outside the caste. Another positive was the emergence of a unique language, now called Fiji Hindi which resulted from the intermingling of all the different Indian languages and dialects.

It was thought around the 1980's that the Indo-Fijian population was approaching almost half. Since the coups starting in 1987, now it's down to almost a third. Many have left in search of better living conditions and for social justice.