Home › All About Fiji › Vodafone Fiji

Vodafone's network went live in July 1994 and were the only service providers, monopolising the market, for more than 13 years. Competition came in October 2008 in the form of Digicel Fiji Limited. The currently CEO is Aslam Khan.

It started out in 1982 in the U.K.. It owns and operates networks in 30 countries and has partner networks in a further 40 countries. It spans Europe, The Americas, Africa, The Middle East, Asia, and Oceania.

Vodafone owns a minority (49%) in it's Fijian operation. 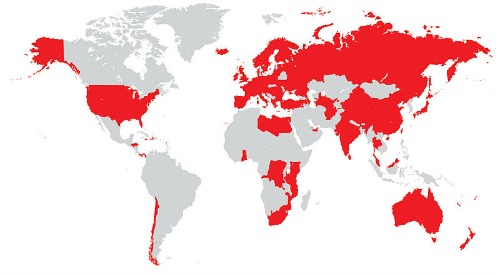 The telecommunications company sponsors a range of activities throughout Fiji. It had sponsored iconic Fiji rugby, during which Fiji 7's won the world cup in 1997, until the 10-year deal ceased in 2004.

Vodafone arena is a multipurpose arena in Suva Fiji which has the capacity to seat 4,000 people. It houses 3 international sized basketball courts. It can be used for other sporting activities including non-sporting activities, with nowadays being used primarily for netball.