What does paradise look like? Discover with the Fiji map here a closer look at the exotic archipelago in the South Pacific, all 332 parts of it. (Our Map of Fiji Information page is the hub page for all maps of Fiji.)

The estimated population of Fiji is 896,000 (est. July 2013). 87% live on the two biggest islands of Viti Levu and Vanua Levu, with most living along Viti Levu's coastline. 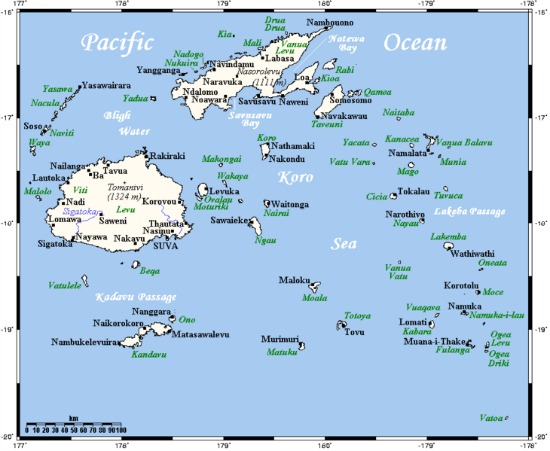 As shown by the coloured map of Fiji to the right, Fiji is divided into four major administrative divisions: 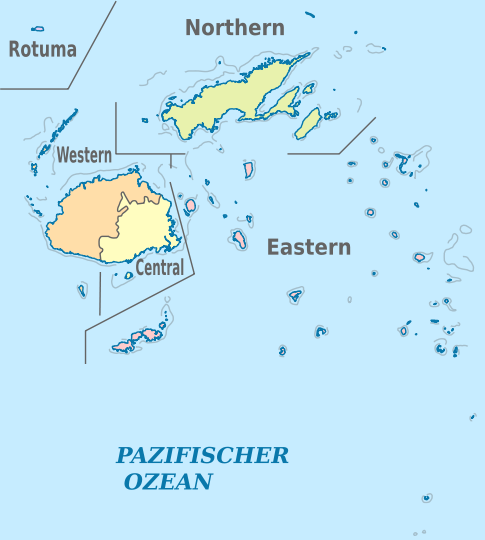 These administrative regions and then divided into 14 provinces:

During the reign of Ratu Seru Epenisa Cakobau, Fiji was divided into 3 governments or confederacies. They are not considered political divisions per se, but is considered important in the social divisions of Indigenous Fijians.

The warlord Ratu Seru Epenisa Cakobau reigned as the King of Fiji (Tui Viti) from 5 June 1871 - 10 October 1874 and was responsible for uniting Fiji's warring tribes to establish a united Fijian kingdom. 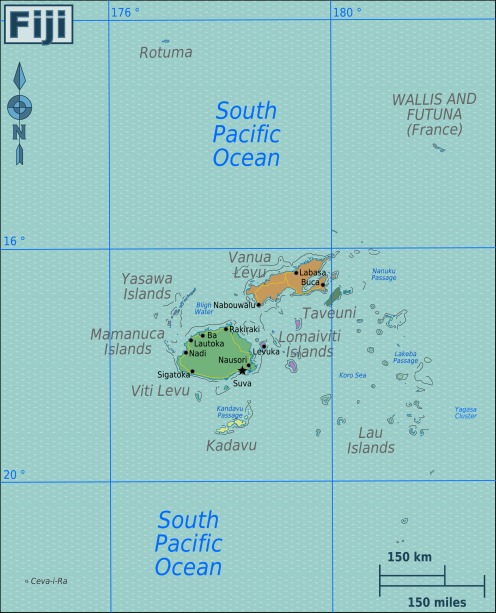 This latest map shows how Fiji can be grouped into 9 island groups which are designated by colour:

Rotuma is a remote dependency of Fiji, although they are ethnicly (Polynesian) and linguisicly different to that of Melanesian Fiji. They are known as Rotumans.