Want to know about Fiji kava? It's used throughout in Fijian society, come and find out a little about this exotic island plant. In Fiji, kava is as part of Indigenous Fijian culture as beaches and friendly smiles. 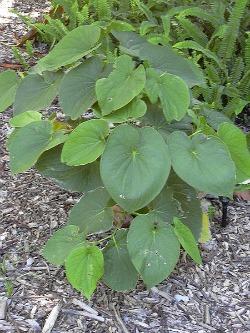 Kava, yaqona or grog as it's known in Fiji, is
a crop found in the western Pacific. The
roots of the plant is used to produce a drink
that has sedative and anesthetic properties.
The plant [pictured right] Piper methysticum,
is a type of pepper plant.

Kava is consumed throughout the Pacific
including the countries Hawaii, Tonga,
Samoa, Vanuatu, and Fiji. It's a cash crop
in Vanuatu and Fiji. There are various
strains of Kava dictating the potency.
The most varieties of kava exist in
Vanuatu, hence it's considered the home
of kava.

Kava in Fiji is used in ceremonies, when welcoming visitors, relaxing after work and in general just shooting the breeze. It's part of daily life, across all races, and is particularly popular among young men. 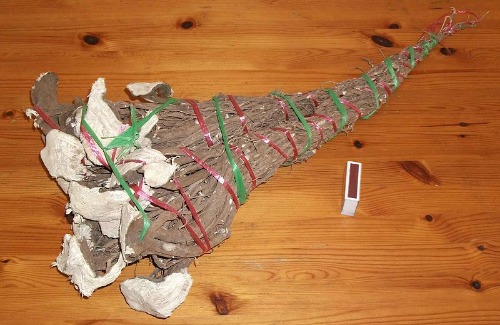 A traditional bundle of kava roots used for presentations in cultural rituals such as official welcoming, funerals, etc

The chances are, you will be involved in a kava ceremony at some stage in Fiji. Often your resort will put one on, which often accompanies a lovo (traditional feast cooked in a pit oven) and a number of meke (traditional dance enacting a story or myth).

There are certain protocols to be followed. In this simple case, from the large wooden bowl (tanoa) you will be offered a bilo (half a coconut shell) of kava and then do the ritual as follows:

It doesn't taste as bad as the muddy water it looks, despite the rumours.

If you are going to a village, then there's a lot more protocols to be followed. Your guide will instruct you. Everything from what to wear, a gift to bring, how to act, including the more intensive ritual at the kava ceremony.

A Kava cermony at a village - photo courtesy of TripAdvisor

Effects tend to happen after around 20-30 minutes after your first bilo. The most you would feel after one bilo would be a furry tongue, after a few possibly a numbness in the mouth particularly the lips. Some longer term effects, up to 2 days, reportedly have been a feeling of mental clarity, patience, and an ease of acceptance.